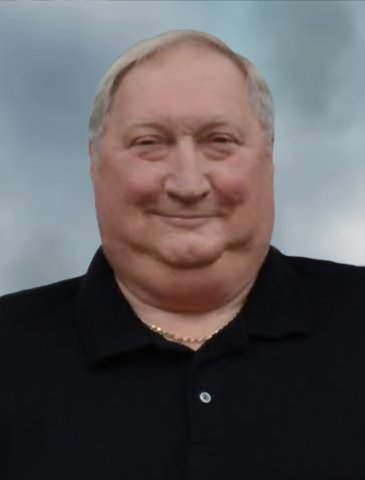 Steven C. Wentworth was born May 23, 1943 in Yankton, SD to Harold and Frances (Garvey) Wentworth. He grew up in Yankton and graduated from Yankton High School where he was active in basketball, football, and track. After high school he started his college career at Southern State Teacher's College. He later transferred to General Beadle College and graduated with a degree in History Education. After college he worked for Wallbaum Distributing, eventually taking a long-term position with Cimpl Meats as a salesman. Steve left Cimpl's to open a radiator shop with his brother, Dan. He went back to driving semi for Abler trucking, ending his career as the Safety Manager with Vanderhule Moving and Storage. He retired in 2007 to become a full-time grandpa-nanny to his first granddaughter, Elise.

Steve met the love of his life, Joyce Wyffels in the late 1960s while she was attending Mount Marty College. They got married in Marshall, MN in 1972 and made their home in Yankton, SD where they raised two daughters, Shelby and Lydia

Steve enjoyed being an active community volunteer throughout his life. He was involved in several projects with the Sertoma Club including the replica Capital Building and the bathrooms at Sertoma Park. He served as Sertoma president from 1995-1996 and was voted Sertoman of the Year in 1995. Steve was an active member of Sacred Heart parish and was a member of the Knights of Columbus. He later joined the United Church of Christ and served a Deacon. Steve also enjoyed being involved with The Center and volunteering with the Banquet. He was a member of the Lancer Club and Yankton High School Booster Club. He loved to attend home basketball games and listening to away games. He was a member of the “Chain Gang”, running the chains during Yankton Buck football games for over 35 years. Steve shared in his brother’s love of classic cars and bought his 1956 Chevy sixteen years ago. Dan and Steve spent many hours fixing, tinkering, making plans for their cars, and going to car shows.

Steve's greatest joy was his friends and family. He loved to spend time with the people in his life, telling stories, sharing meals, and celebrating any event. Steve spent his retirement caring for his beloved granddaughters, Elise and Mia. He enjoyed making them breakfast, taking them to and from school, and making nightly dinners. He was also fortunate to have a wonderful group of friends affectionately known as the Pinochle Club. They have been a constant source of support in each other’s lives for the past several decades.

To send flowers to the family or plant a tree in memory of Steve Wentworth, please visit Tribute Store
Tuesday
30
March