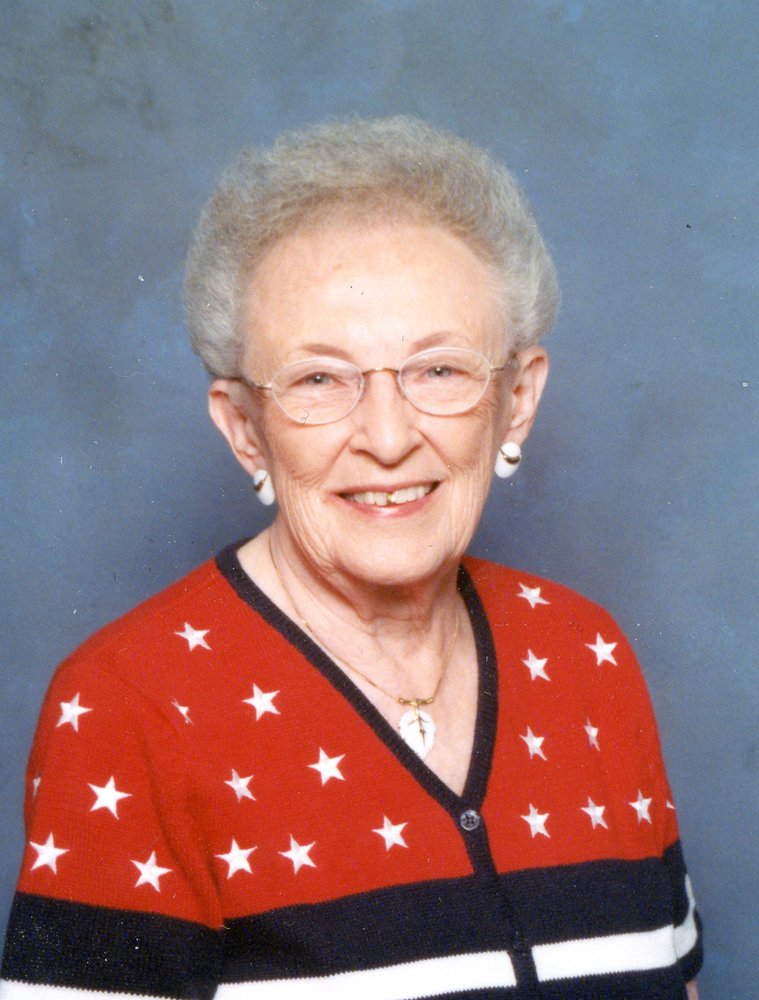 Virginia M. Collignon, age 95 of Yankton, SD passed away, peacefully, on Thursday, May 14, 2020 at Avera Majestic Bluffs Hospice House in Yankton. Private Mass of Christian Burial with live streaming will be 10:30 AM, Monday, May 18, 2020 at the Opsahl-Kostel Funeral Home & Crematory, Yankton, SD with Rev. Larry Regynski officiating. Live streaming can be viewed at: https://www.facebook.com/opsahlkostel/live. Burial will be in the Sacred Heart Cemetery, Yankton, SD. Visitations with drive up availability will be 3 to 5 PM, Sunday, May 17, 2020 at the Opsahl-Kostel Funeral Home & Crematory, Yankton, SD. On line condolences may be sent at: www.opsahl-kostelfuneralhome.com. Virginia (Renner) Collignon was born in Madison, SD on August 6, 1924. She attended her schooling in Madison, graduating from Madison High School. Beginning her senior year, she worked at Montgomery Ward and later as an operator for the local telephone company. She met Herman Collignon at a dance before he shipped out to the Navy during World War II. They stayed connected by exchanging letters throughout his time in the South Pacific. Upon his return, Herman and Virginia dated and they were married June 23, 1948. Virginia was married in a gown she sewed from a bolt of silk Herman surprised her with when he returned from Japan. Virginia and Herman began their married life in Madison where they had three sons. They moved to Yankton in 1957 to open an Our Own Hardware store on Main Street. While in Yankton, they had a daughter. Herman and Virginia were active in the community, raising their four children. Upon their retirement, Herman and Virginia followed a longtime dream to travel the United States in their motorhome. They returned to Yankton after more than two years on the road where he succumbed to a military service-related illness and passed away in 2002. Virginia remained in Yankton where she was active in Catholic Daughters, bridge club, craft club and volunteering at the hospital through her 90th birthday. She was a talented seamstress and always had a knitting or crochet project in the works. She was blessed with lasting friendships, strength, tenacity and a deep faith. Her deepest wish in her final days was that she would be fondly remembered by those she loved. Virginia is survived by her four children: Tom (Carol), Rick (Barb), Phil and Jane; her seven grandchildren and eight great grandchildren. The family wishes to thank the caring staff at Majestic Bluffs for not only their professional skills but also for the personal connection that is always present and deeply appreciated by the residents and families.
To send flowers to the family or plant a tree in memory of Virginia Collignon, please visit Tribute Store
Services for Virginia Collignon
There are no events scheduled. You can still show your support by sending flowers directly to the family, or planting a memorial tree in memory of Virginia Collignon.
Visit the Tribute Store
Share A Memory
Send Flowers