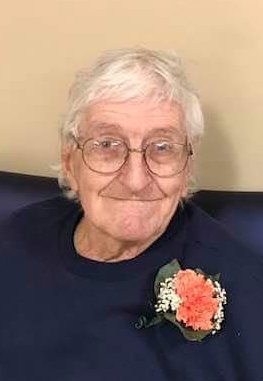 Romain W. Pavel, age 88 of Harrisburg, SD passed away on Saturday, May 2, 2020 at the Veterans Administration Medical Center in Sioux Falls, SD. No public services are planned for this time and a private graveside memorial service will be held at a later date. Arrangements are under the direction of Opsahl-Kostel Funeral Home and Crematory in Yankton, SD. Romain William Pavel, the son of Adolph and Elsie (Kaften) Pavel, was born on January 21, 1932 near Tyndall, SD. During his life he lived at Tyndall, Lesterville, and Yankton. Romain was a farmer and a carpenter by trade. In his spare time, he attended auctions, refinished furniture, tended to his plants and flowers, as well as craft work and making things with his hands. He is survived by his daughters: Mary (Alan) Eide of Harrisburg, SD, Lisa Cloud of Peoria, IL, and Tricia (Darin) Ernster of Clinton, UT; his son, Joseph “Joey” Pavel of Harrisburg, SD; his “grandboys”: Tracey and Travis Eide of Harrisburg, SD, Chuck Cloud of Peoria, Il and Chris Ernster of Clinton, UT; other relatives and friends. Romain was preceded in death by his parents; brothers, Roy and Donald Pavel; son-in-law, Michael Cloud; and grandson TJ Cloud.
To send flowers to the family or plant a tree in memory of Romain Pavel, please visit Tribute Store
Services for Romain Pavel
There are no events scheduled. You can still show your support by sending flowers directly to the family, or planting a memorial tree in memory of Romain Pavel.
Visit the Tribute Store
Share A Memory
Send Flowers