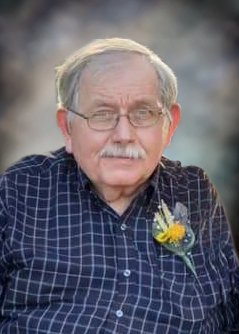 Paul was born February 3, 1943 to Carl and Helen (Vellek) Burgi at Sacred Heart Hospital in Yankton SD. He lived on the family farm north of Yankton, SD. He received his First Communion at Sacred Heart Catholic Church. He was a Mason from the Masonic Temple in Yankton for many years, a member of the United Church of Christ (congregational) in Yankton and recently returned to his Catholic faith. Paul married Judy Mudder on December 29, 1963 in Avon SD. Paul was employed with Morgan Manufacturing, Kohlberg Manufacturing as a Master Welder for many years and worked 25 years at SD Human Services Center before enjoying his retirement. He loved family get togethers, fishing, hunting and his favorite, watching western movies. You could almost count on having a laugh with his dry, sarcastic humor. Paul is survived by his children: Scott (Debra) Burgi of Springfield SD, Kristi (Mike) Hauck of Tyndall, SD, Chad Burgi of Le Suer, MN and Paula (Shawn) Oaks of Hurley, SD; 12 grandchildren: Tori, Natalie, Katie, Sam, Eddie, Kyle, Abby, Taryn, Julie, Hunter, Carson and Kaleb; 7 great-grandchildren: Gwen, Hayden, Balin, Cora, Ollie, Lane and Vivienne; siblings: Carol (John) Mueller of Logan IA, and John (Diane) Burgi of Mulin, OR. Paul was preceded in death by his bride, Judy; infant daughter, Robin; parents, Carl and Helen Burgi; stepfather, Carl Kamback; grandparents, John and Mary (Brockmueller) Burgi and Joe and Kristina (Sedlacek) Vellek; brother, Tom Burgi; brother-in-law, Billy Mudder, sister-in-law, Karen Kokesh and 2 beloved dogs, Ginger and Meg. Memorials may be directed to Paul’s family.
To send flowers to the family or plant a tree in memory of Paul Burgi, please visit Tribute Store
Thursday
26
December

Share Your Memory of
Paul
Upload Your Memory View All Memories
Be the first to upload a memory!
Share A Memory
Send Flowers