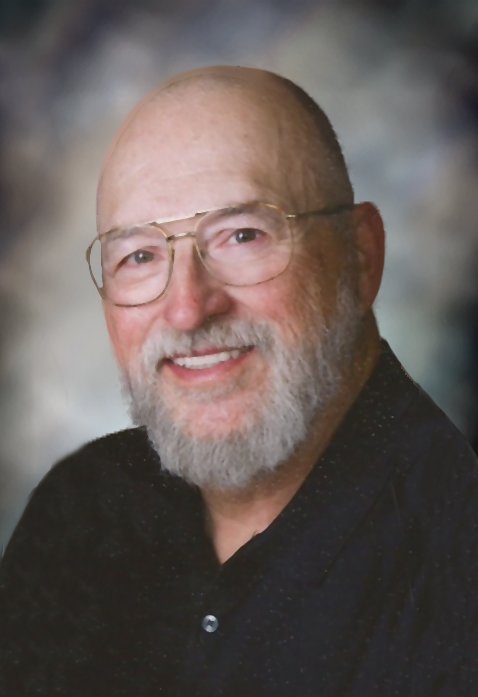 Gerald L. ‘Gerry’ ‘Cowboy’ Ebel, age 69 of Yankton, SD passed away Tuesday, October 22, 2019 at Avera Sacred Heart Hospital, Yankton, SD.  Memorial services will be 11:00 AM, Saturday, October 26, 2019 at the United Church of Christ (Congregational), Yankton, SD with Rev. Kenn Leischner officiating.  Family and friends are encouraged to join in a formal procession of motorcycles and cars leaving at 9:30 AM Saturday morning from the Opsahl-Kostel Funeral Home & Crematory, Yankton, SD.  Visitations will begin at 5:00 PM, Friday, October 25, 2019 at the Opsahl-Kostel Funeral Home & Crematory, Yankton, SD with a Scripture service followed by memory sharing at 7:00 PM.  Visitations will resume one hour prior to the service at the church.  Online condolences may be sent at: www.opsahl-kostelfuneralhome.com.

Gerald Loren Ebel “Gerry/Cowboy” was born in Sioux City, Iowa, October 20, 1950 to Bertha Bernice Verschoor and Gerald Eugene Ebel. He was called to heaven to do God’s work on October 22, 2019.

Gerry attended high school at Heelan High in Sioux City, Iowa and played football, basketball, and ran track for the Bishop Heelan Catholic Crusaders. He also participated in the Heelan High theater program. Gerry played football at Yankton College in Yankton, South Dakota until a knee injury ended his football career (Gerry was inducted into the Yankton College Hall of Football Greats in 2014). Gerry held various jobs around the Yankton area before beginning work at the Human Services Center in Yankton in the mid-1970’s. He met sobriety in 1985 and spent the next 35 years of his life helping those who needed him the most. He became a certified counselor in 1991 and in 1996 he received his Bachelor of Arts in Counseling from the University of South Dakota.

Gerry’s career in the alcohol and drug field was filled with numerous accomplishments. He was the Director of Adult Drug and Alcohol programming at the Human Services Center and later developed the Duel Diagnosis program at HSC. The program was the first of its kind to recognize that addiction and mental health should be treated together to help those impacted achieve the greatest chance of success at freedom from addiction. In 2006, Gerry joined Lewis and Clark Treatment Center as their Program Director for Alcohol and Drug. In this position, he helped expand the center’s services and was instrumental in developing the Intensive Inpatient and Detox Unit, which opened in 2016. Gerry worked closely with Charles Mix County and Indian Health Services to develop programs for the Native American community. He was a frequent speaker at federal and state prisons, local colleges and hospitals, and other organizations, sharing his knowledge about addiction and the programs he knew would help people achieve the sobriety that was the center of his own life.

Those who knew Gerry, know that his actions and motives were selfless, never expecting or looking for recognition; however, accomplishments like his do not go unnoticed. He was nominated for the Governor’s Award for Employee Excellence in the category of community service in 1995, and in 1997 was the first person from Yankton to receive the Outstanding Treatment Professional by the South Dakota Division of Alcohol and Drug Abuse. In the fall of 2016, Gerry was given the employee of the month award from Avera Sacred Heart Hospital for his role in assisting them in transferring patients from the hospital to the detox unit. This was the first time this award had ever been given to a non-hospital employee. This past year, Gerry’s co-workers at Lewis and Clark nominated him for the Powell Distinguished Service Award, which he was given in September. The Lewis and Clark family held a special place in Gerry’s heart; their commitment to and love for him will forever be appreciated.

Gerry was a member of the United Church of Christ in Yankton, South Dakota. His faith called him to be the church custodian from 1995 to 2015, and again in 2019. The UCC family and their fellowship was a significant source of strength to him. Gerry donated a great deal of his time to the youth of Yankton, coaching and refereeing soccer for over 20 years. In 1995, his letter to the governor was instrumental to the development of Yankton’s soccer fields on the former Human Services Center golf course. Gerry was inducted into the South Dakota Soccer Hall of Fame in 2005 and his involvement in soccer continued as he watched his grandchildren develop a love for the sport. He loved sports, especially the Minnesota Vikings, golfing, and fishing off the dock at Lake Shetek, MN where he seldom caught fish but was always at peace.

Gerry met the love of his life Carol Soberg-Sabella in the early 1980’s. On July 23, 1983, Gerry and Carol were united in marriage. Their union was the start of the family that Gerry cherished deeply. Gerry’s family includes his beloved wife Carol, their four children and eight grandchildren: Angie (Sabella) Hillestad (Mick) and their son Cameron (Sioux Falls, South Dakota); Mickey Sabella (Shannon) and their children Molly, Jack, and Nicholas (Brookfield, Connecticut); Gerry (Nikki) and their children Cooper, Jaxon, and Lily (Vermillion, South Dakota); and Becky and her daughter Eloise (Yankton, South Dakota). His sisters, Carol’s siblings, and many nieces and nephews and step-grandchildren also held a special place in his heart.

Gerry was a humble man who simply wanted others to have a better life. It is undeniable that anyone that has ever met him was impacted in an amazing way. We will forever miss him.

To send flowers to the family or plant a tree in memory of Gerald Ebel, please visit Tribute Store
Friday
25
October

Share Your Memory of
Gerald
Upload Your Memory View All Memories
Be the first to upload a memory!
Share A Memory
Send Flowers