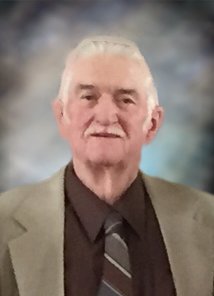 Orville Dale Hauck was born June 15th, 1942 to Alvin and Lea (Winckler) Hauck.  He was baptized July 26, 1942 and confirmed at the Ebenezer Reformed Church in Menno, SD.  He attended Handel Country School and graduated from Menno High School in 1960.

After serving in the Air National Guard for a brief period, Orville returned home and married Josephine Misar on February 27, 1967 at Salem Reformed Church in Menno, SD.  Orville and Jo took over the family farm southeast of Menno and raised chickens, hogs, cattle, corn and soybeans until Orville’s retirement earlier this year. To this union Jo and Orville were blessed with 4 sons: Brian, Alan, Gary and John.

Orville served on the Menno Rural Fire Department, Molan Township, and several local cooperative boards for many years. Orville, being a lifelong member of the Peace Christian Reformed Church of Menno, SD where he enjoyed singing in the choir, attending bible studies, served as deacon, elder, and other offices of the church.

Orville and Jo enjoyed collecting and showing Oliver tractors over the years. They were active members of the Tri-state Old Iron Tractor Club, Great Plains Oliver Club, and the Menno Pioneer Power Show. They enjoyed attending club activities and went on as many tractor rides as time allowed.

Orville’s pride and joy were his family.  He enjoyed the times everyone could be together as a family, working on the farm.  He will be remembered for his talent of meeting people at auctions, social gatherings, a store, then years later being able to renew acquaintances.

Orville was preceded in death by his wife, Josephine; his parents, Alvin and Lea Hauck, and brother-in-law, Bert Tiesen.

To send flowers to the family or plant a tree in memory of Orville Hauck, please visit Tribute Store
Sunday
20
October

Share Your Memory of
Orville
Upload Your Memory View All Memories
Be the first to upload a memory!
Share A Memory
Send Flowers