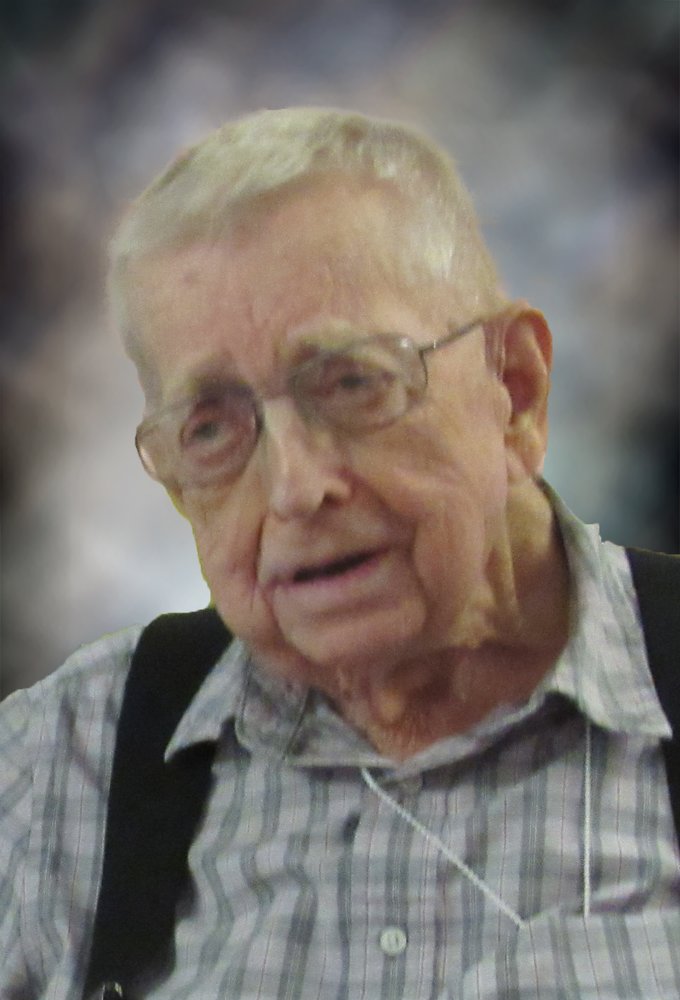 Obituary of Peder A. Pederson

Peder A. Pederson, son of John and Anna (Jorstad) Pederson, was born on July 6th, 1923 in Rural Freeman on the family farm. Peder was baptized, confirmed and was a lifelong member of the  Bang Lutheran Church, which was later combined into the Our Redeemer Lutheran Church, rural Irene.

Peder grew up in rural Freeman and attended country school thru the 8th grade. Peder worked on the family farm until 1954 when his dad passed away. He continued working on the farm until 1956 and then moved to Irene with his mother. Peder worked with various farmers in the area. He later moved to Viborg where he continued working with farmers for the next couple of years.  Peder worked for several years at the Viborg Scandinavian Co-Op creamery, which he greatly enjoyed.  He then went on to work for Farmers Hybrid for several years.  Peder did maintenance work at Gehl Manufacturing in Yankton and, also for the city of Sioux Falls until his retirement.

In August of 1973, Peder married Bernice Hauger of Irene and lived in Irene for 30 years. They met on the dance floor and didn’t stop dancing for 40 wonderful years. They enjoyed their large family with 15 grandchildren, 29 great and 6 great- great-grandchildren. They enjoyed camping, snowmobiling and attending many school activities. From a young age, Peder was known to be a big jokester and had the kids believing that the wipers on the car could make the car fly. Peder loved to eat and catch fish and  loved his walleye and lutefisk. Peder was also known for his love of walking. After his heart surgery in 2000, the doctors told Peder to start walking which he took very seriously. Rain or shine, snow and cold, Peder would walk at least three miles a day, sometimes getting lost because of his poor eyesight. Peder would stop someone and ask directions and off he would go. Peder claimed his doctors told him he had walked to New York and back twice.  Peder spent his last days with the special people at Avera Sister James Care Center, where they treated him with loving care.

Thankful to have shared his life are his three children:  Roger (Marlene) Hauger, Helen (Darrell) McDonald and Gary (Diane) Hauger and many grandchildren, nieces and nephews.

Peder was preceded in death by his wife, Bernice; his mother and father; sisters, Olga and Helen and brothers, Oliver and Selmer, who died in WWII.

To send flowers to the family or plant a tree in memory of Peder Pederson, please visit Tribute Store
Wednesday
22
May